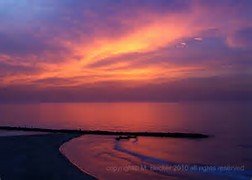 Christ .. The Life and Light of Men

John’s words give us a glimpse of the eternal past and shows us that the  Word existed. In the beginning, before anything else existed, He was. You see, Genesis is not the beginning of eternity. Genesis is the book of earthly beginnings. But with John’s first verse, he carries us back far beyond Genesis.

From the beginning of Genesis through the centuries until today. This is only a breath in the great expanse of eternity.

John tells us very plainly who the divine eternity was that existed at the time “The Word was God”. Jesus is the Word.  That is, Jesus is the mind and heart of God.

This is what we call the Incarnation.  The Incarnation of Christ brings Him very close to us.  In His human life, He is one like ourselves, our brother.  With feelings, affections and sympathies just like ours.

When we add to these wonderful attributes of human kind, the divineness of God, we have the Incarnation.  God coming to us with a heart of love, offering Himself to us.  John speaks of this divine person as the Word.

John speaks of the Word and love interchangeably.  They are one in the same.  Remember what you were taught in Sunday school.  God is Love.  Everything in nature is made sacred and beautiful because Christ made it.  This is Christ’s world.  His touch is on everything in the world.  Everything speaks of Him and of His love.

Christ is also the source of all life.  In Him was Life.  No one in the world can produce life except Him.  Him being Christ Jesus.  Jesus being the Word.  The Word being God.  One in the same.  Can you see what I am leading up to here … Yes … No. 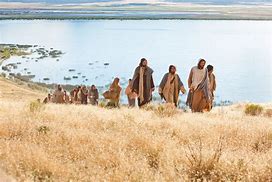 He is speaking of Himself. John came to tell men of the Messiah. He came to be a witness, to bear witness of the Light.

Like John, our duty in this world is to give honor to Christ.  It should be the mission of every Christian to bear witness to the Light, to point others to Christ, so all men will believe, and be saved.  Just as John’s witness to the world, we are also tasked to prepare the world for the second revealing … for his divine return.

When the Son of God came to this world the first time, 2000 year ago, he was not received. Not even one welcome. The scripture says, he came unto his own, and his own received him not. This was one of the saddest things about Christ’s mission to the world. For ages he had been waited for and watched for, but when he arrived, he was not recognized. He was rejected and ridiculed, and eventually tortured and killed.

We might ask, if he came again, right now, would he be welcomed. In todays politician environment, and Christian demeanor that has evolved within some of todays denominations and its leaders, I have my draughts.

What is important to realize is that he does come to us now, just as he did in the first century. The question is what will we do. Do we turn our backs? When he stands yet knocking before our door, do we open to Him. Sadly, many will not.

He brings all kinds of wondrous blessings to those who open the door. John writes .. As many as received him, to them gave he power to become sons and daughters of God.

We need not understand all about Christ, about His person or His work.  There is a great deal of unexplained mystery about Jesus.  The Incarnation is the strangest mystery of all ages. We do not need to understand everything. All we need to do is to accept Jesus as the Word. 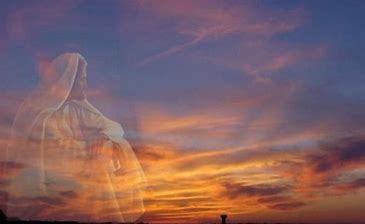 John tells us that the Word is God Himself.  The Word was made flesh, and dwelt among us.  It does not say that the Word was changed into flesh.  He continued to be divine.  He became flesh. It does not mean that He took up His abode in a human body. He took upon Him the whole of human nature, body, soul and spirit. We need to accept Christ as God, and we are led by Him into the full light.  Then some day we shall understand.

When we see Christs compassion, His thoughtfulness, His mercy, His kindness, His gentleness, these are all divine qualities revealed in human ways, through human life.  Divinely human.

In todays world of unrest and troubles, maybe we should begin to draw Jesus and God closer together into One.  Isn’t this what John is telling us in the first verse of his Gospel.  Yes.  And Jesus said it himself in John Chapter 14:9.  Philip asked Jesus to just show them God the Father ..  Jesus replied to Philip .. He that hath seen Me ..  He seen the Father. 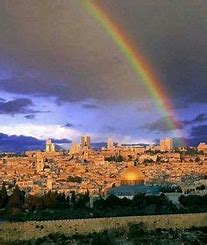 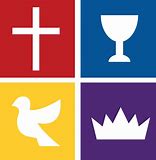